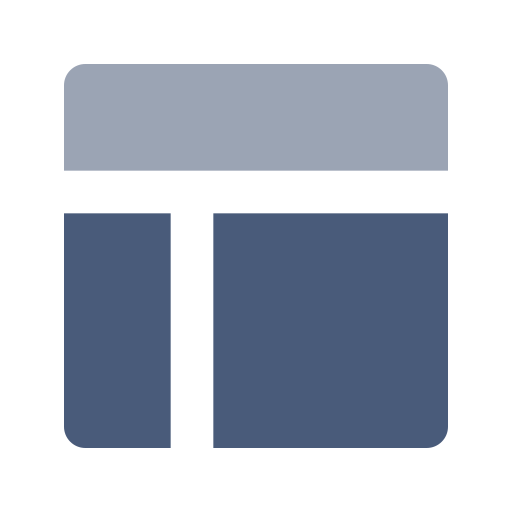 In the quest to become a savvy investor, one of the most important concepts you must understand is that of the business cycle. This periodic ebb and flow of our economy exerts tremendous influence not just on asset prices, but on everything from interest rates to the availability of jobs.

Recognizing where we are in a particular cycle will not only help you determine how to position your investments, it can help you with critical decisions such as whether it’s a good time to purchase a home, change jobs, or even start a business. In short, nearly every aspect of your financial life will be influenced in some way by the business cycle, so it pays to have a basic conceptual understanding.

The business cycle refers to alternating periods of expansion and contraction within the economy. It’s sometimes referred to as the economic cycle or the boom-and-bust cycle. All free-market economies exhibit this type of behavior.

Whenever we talk about growth (expansion or contraction) of an economy, we’re referring to changes in the output of that economy. There are a variety of ways to measure output, but the metric that is most commonly used is real gross domestic product (GDP).

One key distinction to be aware of when talking about gross domestic product is the difference between nominal GDP and real GDP. Since GDP is measured in terms of dollars, its value is subject to the effects of inflation. Nominal GDP refers to the value of goods and services produced using today’s dollars. Real GDP, on the other hand, is calculated by taking nominal GDP and removing the effects of inflation.

Stripping out inflation allows for a more “apples to apples” comparison of the changes in output. It provides us with a much better read on whether the economy is truly expanding or contracting.

Phases of the Business Cycle

As a result of constantly rising populations and improvements in productivity (think technology), economies have a natural tendency to expand over time. However, they do not grow at a constant rate. Instead, we see periods of rapid economic growth that are interspersed with periods of both slowing growth, and times when the economy will actually shrink.

You can see how this all plays out in the chart below. The vertical axis measures output (the size of the economy) while the horizontal axis measures time. The “Growth Trend” line depicts the long-term average growth of the economy. As mentioned earlier, this line slopes up because nearly all economies expand over the long-run.

The gray dashed line represents the actual growth of the economy. As you can see, there are periods of rapid growth (expansion) followed by a peak at which output is at its highest. Subsequently, the economy begins to contract and output begins to fall.

Calling the business cycle a “cycle” is a bit of a misnomer because periods of expansion and contraction do not happen with any sense of regularity. We know that a period of rapid expansion will be followed by a contraction, but we do not know how long each expansion will last, or when the inevitable contraction will occur.

When a contraction, or recession, does hit, we also do not know long it will take for the economy to recover and begin growing again. Historically, expansions have lasted an average of 39 months, while recessions have lasted an average of 18 months. In recent times, the length of economic expansions has been increasing (averaging 58 months since 1945), while recessions have been falling in length (averaging just 11 months since 1945).

At this point, you may be wondering what criteria is used to make the determination that the economy is officially in a recession.

In the US, the task of identifying and dating recessions falls on the National Bureau of Economic Research (NBER). The NBER is generally seen as the authority on dating recessions, and there is near universal reliance on the determinations made by the NBER. Businesses, policy makers, academics, economists and many others typically defer to the NBER for dating a recession’s onset and end.

Characteristics of Each Phase of the Cycle

Now that you understand the different phases of the business cycle, it helps to know how some of the major financial variables move during each phase.

During a Contraction (Recession):

Based on these factors, it should be clear that the best time for most financial endeavors (buying a home, starting a business, finding a new job) is in the early or mid-stages of an economic expansion. Pursuing these goals near the peak (end) of an expansion, or during a recession, will lead to less than satisfactory results.

Investing in Sync with the Business Cycle

At this point, it should go without saying that how you manage your investment portfolio with respect to the business cycle is extremely important. However, this is not nearly as difficult as it may seem. There’s really just one main overarching concept to grasp: Invest primarily in stocks during expansions, and bonds during contractions.

When the economy is expanding, it means that companies are able to produce and sell more goods and services. This drives increases in both revenues and earnings, and as a result, makes each share of stock more valuable.

During these periods, however, the increases in overall demand often cause interest rates to rise. Since bond prices are inversely related to interest rates, this means that bond prices typically fall when the economy is growing. As a result, bonds tend to act as a performance drag during economic expansions.

When the economy inevitably rolls over and begins to contract (we go into recession), this dynamic reverses. During these unruly periods, stocks generally lose a lot of value while bond prices rise.

As a result, the best thing you can do from an investment perspective is to invest primarily in stocks during economic expansions, and transition your portfolio towards bonds as the economy begins to roll over. Once the recession is over and the economy begins to expand, stocks once again become the preferred asset class.

Shifting your portfolio in this manner will allow you to take advantage of whichever way the economic winds are blowing, and maximize returns throughout each portion of the business cycle.

This article was written by an employee of Sigma Point Capital ("Sigma Point") and has been prepared solely for informational purposes. The information contained herein or presented herewith is not a recommendation of, or solicitation for, the subscription, purchase or sale of any security or offering, including but not limited to any offering which may invest in the asset type(s) mentioned herein. Though Sigma Point believes the information contained and compiled herein has been obtained from sources believed to be reliable, Sigma Point makes no guarantee, warranty or representation about it. Any projections, opinions, assumptions or estimates used are for example only and do not represent the current or future performance of the subject thereof. All projections, forecasts, and estimates of returns or future performance, and other “forward-looking” information not purely historical in nature are based on assumptions, which are unlikely to be consistent with, and may differ materially from, actual events or conditions. Such forward-looking information only illustrates hypothetical results under certain assumptions.

This article is not intended to be relied upon as advice to investors or potential investors and does not take into account the investment objectives, financial situation or needs of any investor. All investing involves risk, including the possible loss of money you invest, and past performance does not guarantee future performance. All investors should consider such factors in consultation with a professional advisor of their choosing when deciding if an investment is appropriate.